At Goose Island, we use oak barrels in two distinct ways

1. To extract the character of the barrel; the Oak, the char, and any spirit that was previously aged the barrel.

2. As a vessel for secondary fermentation; Oak neutral casks kept within specific temperature conditions in order to provide an ideal environment.

We use oak neutral wine casks for our alternative fermentation program. Oak neutral is a designation given to wine casks after the winemakers have utilized the casks to extract the majority of the oak character for their wine. At Goose Island we use wine casks as an environment for beer, wild yeast and fresh fruit to ferment for nearly a year! Each barrel develops a unique character different than every other barrel.

Not all wine is placed in oak barrels and of those that do, depending on the producer, there could be exclusively American White Oak or exclusively French Oak used and there are many producers who use a combination of the two. Wine barrel aging is different then Bourbon Barrel because they are used not to have the beer pick up the characteristics of the barrel but to be a perfect vessel for the beer to mature with wild yeast and fresh fruit. These barrels are kept at an ideal temperature so they don’t pull many of the wood flavors that bourbon barrels do out 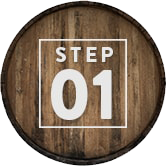 The Grain Bill is the recipe of the different malts that are used in a single beer. The brewers at Goose Island are using six different malts weighing a total of nearly **5,000 lbs for every 20 BBLs of BCBS. The grain bill will go through a mill to break open the husks while keeping them in tacked and exposing the starches on the inside-This is now called malt grist. 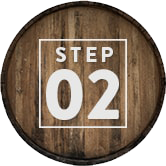 Hot water and malt grist is mixed together to make a porridge like consistency. During this 90 minute sequence the hot water will extract and convert starches into simple sugars. In addition to flavor, color and aroma are also extracted during this process. Once this is complete BCBS is just sugar water that may remind you of one of your favorite childhood chocolate cereals. At this point of the process the unfermented beer is called Sweet Wort. 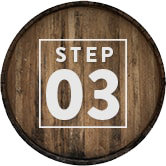 This vessel acts as a strainer where the sweet wort is separated from malt solids, this should take 90-120 minutes to complete this process. The grain, now spent, is no longer useful to the brewers as the sugars have already been extracted, however there are still nutrients and enzymes available in the grain that can be used elsewhere. Goose Island’s spent grain is used as livestock feed at a farm in northwest Indiana. 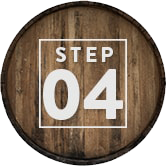 In order to sterilize, stabilize and concentrate sugar in a beer, wort needs to be brought to a boil and maintained for 60-90 minutes in the brew kettle. BCBS will see a boil lasting 3-4 hours to further condense sugars by boiling off approximately **30% water. 12 lbs of hops are added to every 20 BBLs where the alpha acids will become soluble and provide the bitter balance to the sweetness of the malt. BCBS is one of Goose Island’s more heavily hopped beers with approximately 60 IBUs upon fermentation completing. After bringing to a boil and adding hops the unfermented beer is now called Hot Wort. 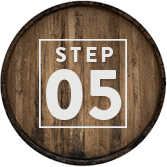 For fermentation to take place yeast requires a specific temperature range that is the most ideal. After hot wort is done boiling in the kettle it is run through a whirlpool to separate from any hop solids and sent into a crash cool. At Goose Island our brewers use a heat exchanger for this cooling step where the heat is transferred to cool water from the hot wort and vice versa through plate communication. Ale yeast will produce best between 61 and 72 degrees Fahrenheit and Lager yeast will produce best between 48 and 57 degrees Fahrenheit. BCBS wort target temperature for yeast addition is **62 degrees. 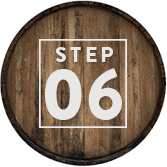 Chilled wort is pumped into a fermentation tank where yeast is pitched and will remain for the next 8-10 days. Yeast is a single cell organism that is both aerobic and anaerobic that will consume sugars made available from the malt and metabolize these sugars producing CO2, alcohol and heat among other by-products like aromas. Fermentation is typically quite at the beginning where the yeast is acclimating to its’ surroundings and consuming oxygen. Next fermentation becomes more visibly active once the yeast begins consuming sugars and producing CO2 and alcohol. Most alcohol content is achieved in the first couple days of fermentation while the development of aroma and flavor continue through the fermentation process. For BCBS we pitch about **100-125 gallons of yeast for a 130 BBL fermenter. Post fermentation these beers are put into a neutral wine barrel where 50lbs of fresh fruit are added with wild bacteria to mature the beer. Unlike bourbon barrels, wine barrels are best kept at a constant temperature so the hot and cold temperatures don’t allow the liquid to be pulled in and out of the wood adding unwanted characteristics to the beer. During the residency inside the wine barrels it becomes a perfect vessel for the wild yeast to mingle with the fruit that was added to the barrel to produce a truly unique beer. The porous nature of the wood allows small consistent amounts of oxygen to come into contact with the beer. This oxygen fosters the growth of the beneficial microorganisms that are naturally present in beer.